The long-term forecast, based on this markup and on the sum of other sociometers, is not comforting. There is every reason to believe that 2017 (or early 2018) will be a long-term vertex for the US market, after which will begin decades of the bear market. At first, an alarming decline and a recession, then a full-fledged collapse and depression. This will be a long process with its growth stages and all the increasing falls that will eventually lead to breakdown of the 666 level. 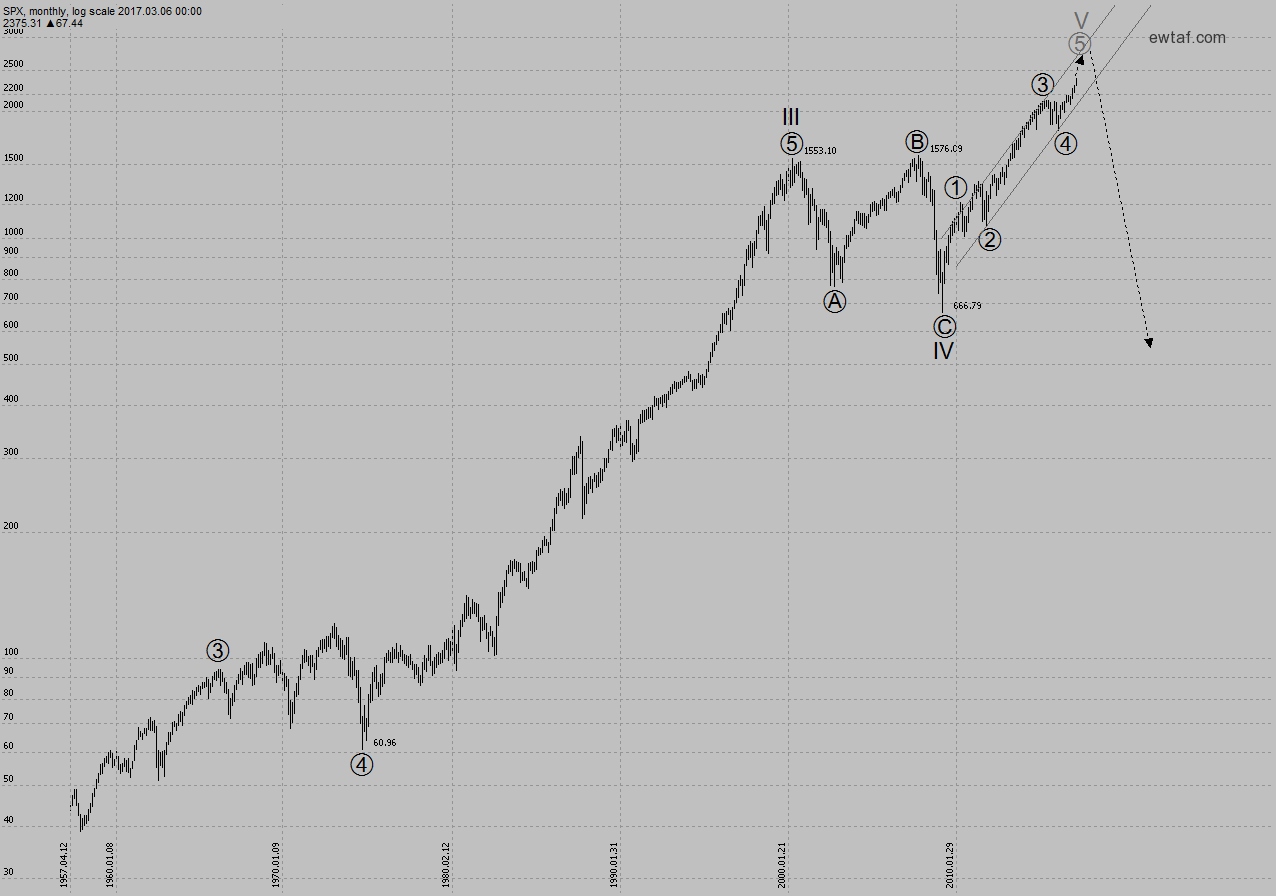