On the daily TF, two scenarios are shown in more detail. In the case of a zigzag (zz – zigzag) of wave (4), two maximums for waves [iii] and [v] are needed. They will approach to the level 69.58, but most likely will not exceed it. The variant with a long consolidation is shown in the form of a triangle (ct – contracting triangle). It will have 4 more waves, each of which will be less than the previous one. After setting the minimum of wave (5) in both variants, a large bullish oil market will begin. 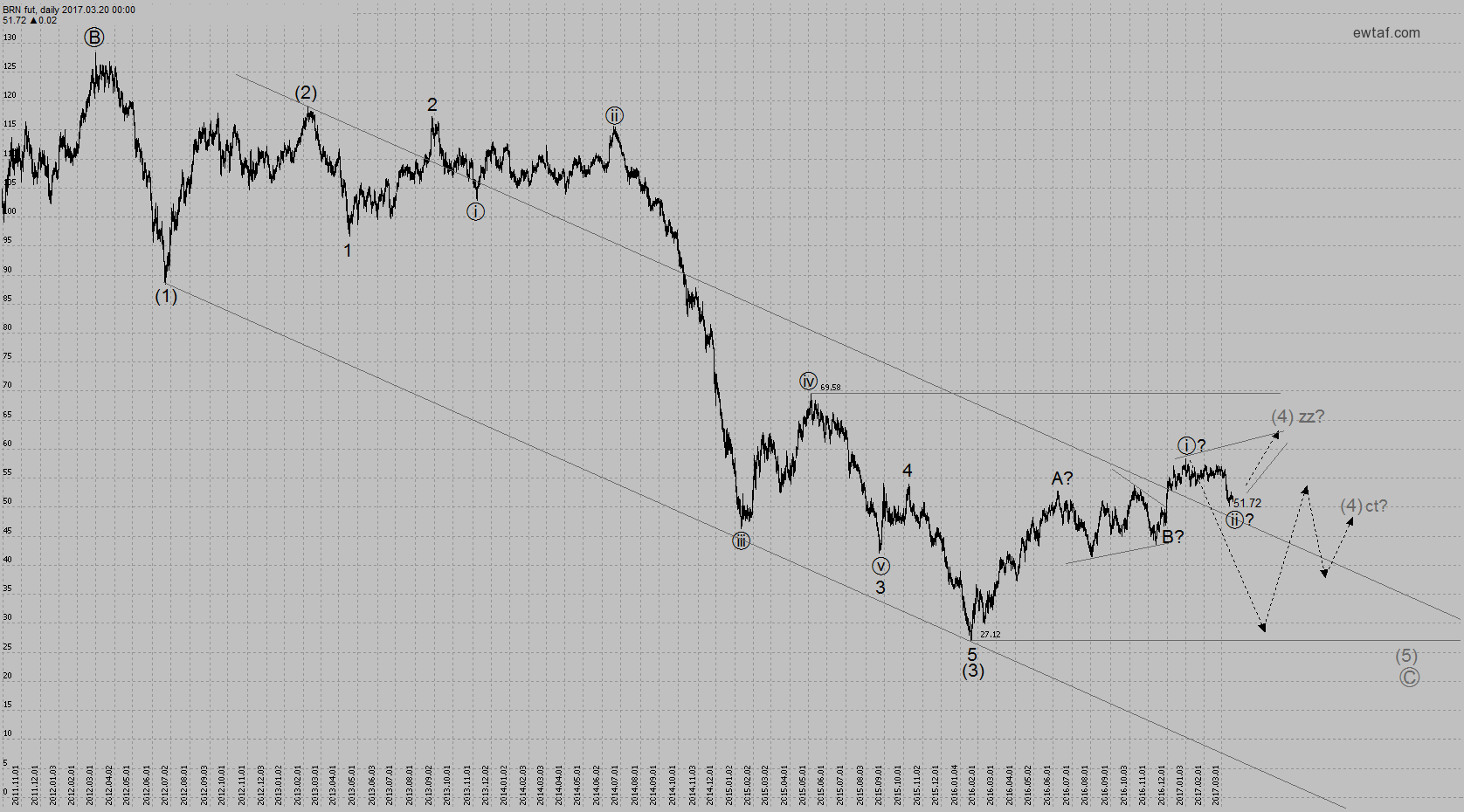