I think many traders know that the main commodity currencies on the market are the Canadian dollar and the Australian dollar. USDCAD is more strongly attached to oil. Correlations can be traced very clearly. Let’s see the combined oil schedule (#CL) and the USDCAD pair on H4. 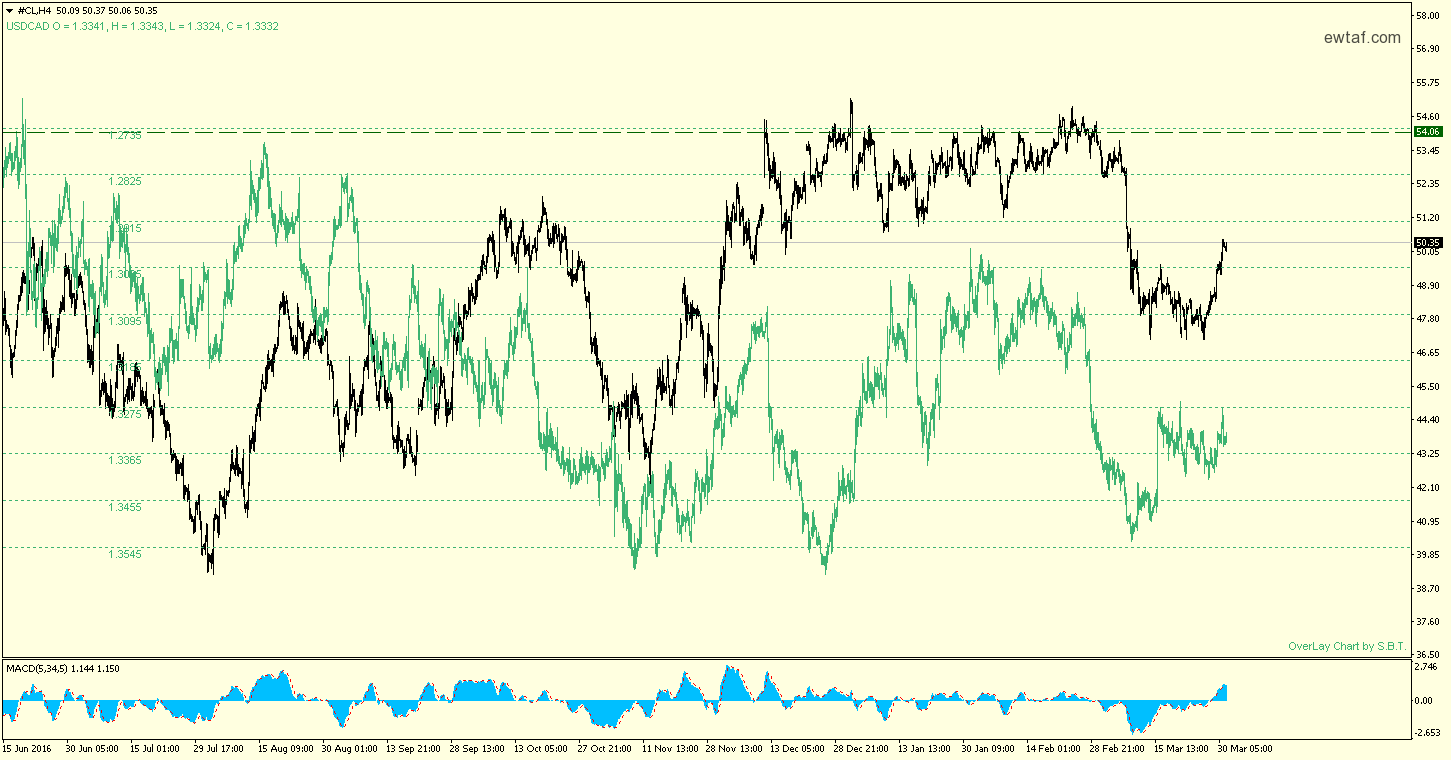 The Australian dollar is less dependent on oil, but has a greater correlation with gold. Consider the combined schedule of GOLD and AUDUSD.

The opportunity to predict the movement of a currency pair looks interesting. Here, the influence of the US dollar is already significantly reduced and dependence from gold and oil is increasing. The forecast for XAUUSD on Daily assumes a medium-term drop in gold and is provided here. In turn, the main variant of the movement of BRENT oil on the daily chart assumes movement upwards within the framework of correction (4). The chart is located here. It is logical to assume that, according to forecasts, if oil is still growing and gold is falling, then AUDUSD will be in a downward trend. Before considering the forecast for this currency pair, let’s look at the combined correlation graph of this pair and oil (#CL) on the chart H4: 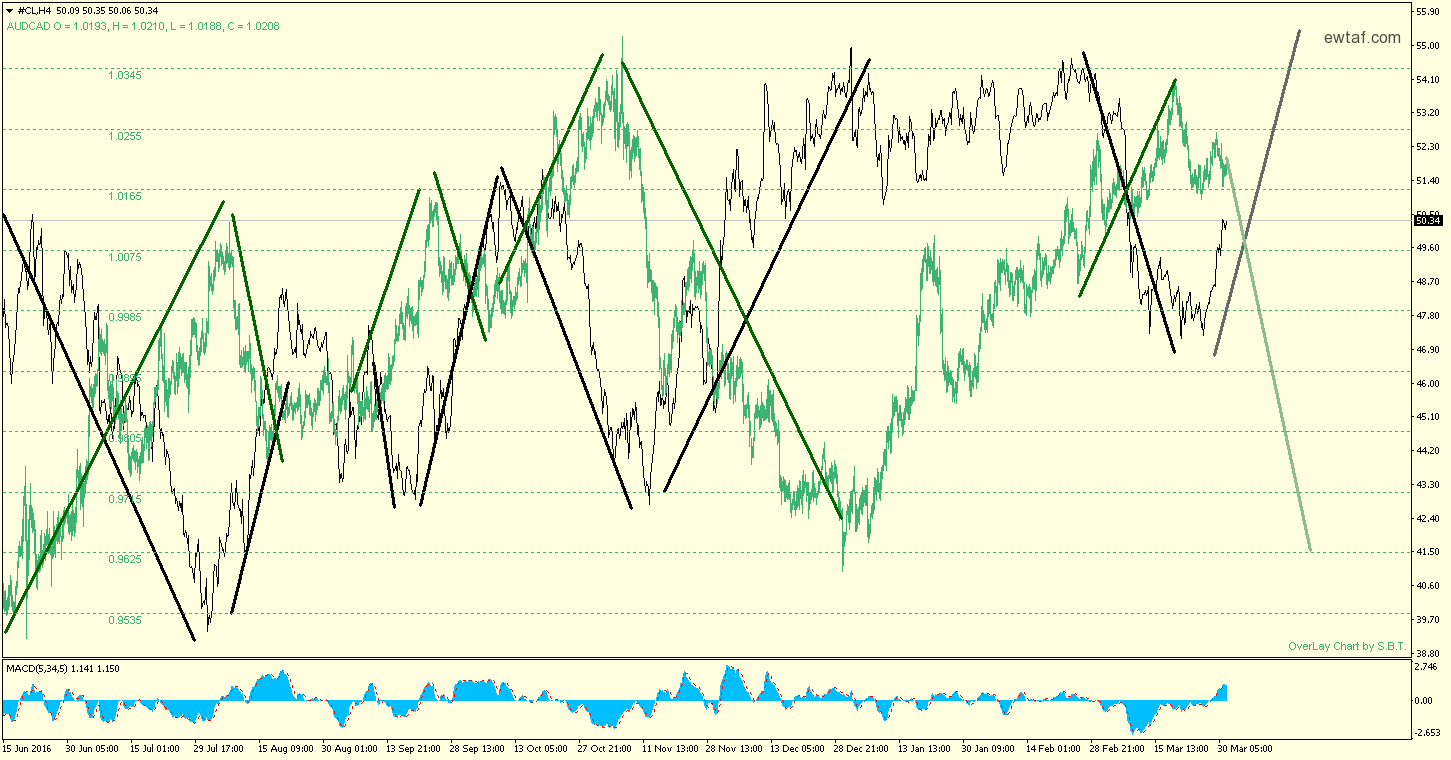 It can be seen that, with obvious oil movements in one direction, the cross moves in the opposite direction.

On the weekly chart AUDCAD, it is possible that some complicated X correction is completed and the pair after the rollback will continue the downward movement .

On the daily chart, the wave (i) is completed as an leading diagonal and correction (ii) is completed. The abolition of this option is at the level 1.0396.

On the H4 chart the impulse ① is completed down and the correction in wave ② maybe ended or it is near comletion.

Let’s look at the further development of this pair.