More than a year ago it was suggested that a large triangle develops in a certain correctional wave (B) for a pair.

In November 2017, a version was published with the possible close completion of wave C of this triangle. 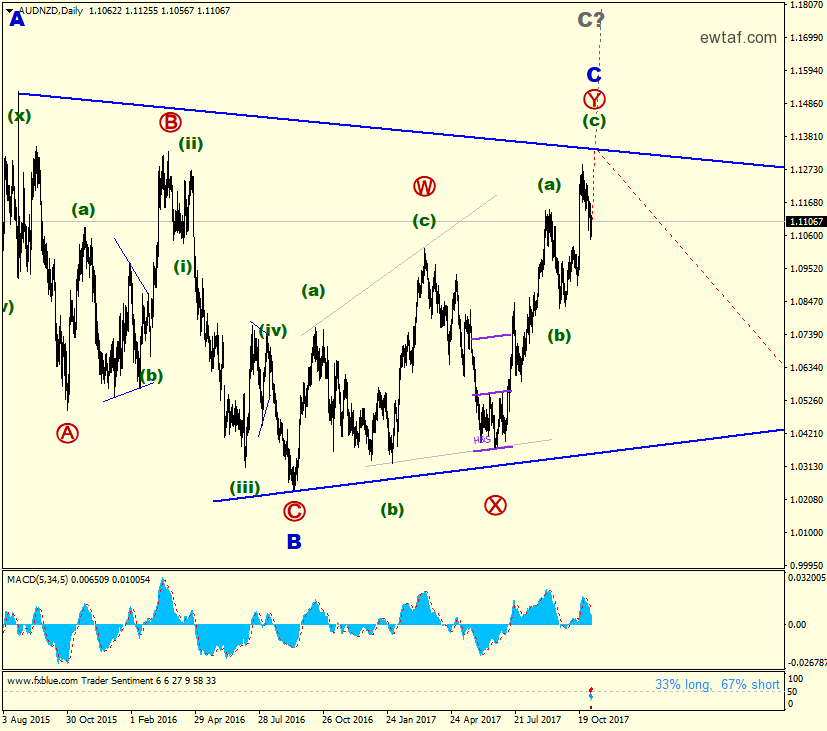 In April 2018, a very clear structure made it possible to determine accurately the completion of the D wave with the subsequent reversal.

If the triangle assumption is true, then it could have come to an end, while the wavelength E was about 62% of the C wave, which is typical for the subwaves of this figure. It should also be noted how the “Head and shoulders” figure was clearly worked out in the process of building a triangle …

… if the assumption is true, then that the next development of this supposed figure can predetermine the desired direction.